Another week loaded with a variety of nerd news bites for you! It was difficult to choose 10 this week, so I really want to know what other news excited you. Comment below.

Take a look at the inside of the Elon Musk and SpaceX spacecraft planned to get us to Mars! Would you make the journey? See more of Elon’s plan to send 1 million people to colonize Mars, here.

Jon Favreau broke the internet announcing his next project! The Lion King. After the Jungle Book and how beautifully done it was, I can’t imagine a better man for the job.

Wait, what? It starts tomorrow?! I still stand by my statement.

The final trailer was released this week. It looks amazing!

The official trailer for Netflix’s The Crown starring Doctor Who’s Matt Smith was released this week.

A new trailer and a sneak peek of the first Supergirl episode with Superman are below. Looking forward to the tone and having Melissa Benoist back on my screen.

You guys know we’re musical nerds here at NC, so I have to share our excitement for the In the Heights movie production beginning in the spring. See more here.

On another Lin note, looks like he’ll be hosting SNL this season!

SHOUT IT TO THE ROOFTOPS! @HamiltonMusical‘s @Lin_Manuel will host our second episode of the season with musical guest @twentyonepilots! pic.twitter.com/78mte6yvL0

Tom is making me nervous hanging off the side of a building. Take of our Spidey Marvel! See tons of more photos here.

A new season of excitement.

Let me know below what else you’re looking forward to, and if you’re enjoying Luke Cage! 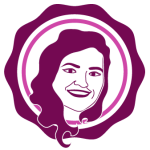