After a long few weeks of con coverage, I have returned! Thank you to the lovely Rachel for stepping in, in my time of need. Let’s do this nerds.

Get ready to make your way to Nashville next year for Con of Thrones! All you Game of Thrones lovers unite! See more here.

Enjoy the preview nerds! We hope to make it out to Universal and experience this first hand. Nerd trip!

Gotta be up early tomorrow filming The Kingsman 2 in london

We haven’t seen the last of Jesse and team! AMC has renewed Preacher for a second season. See more here. Who all has been watching? I for one, think Ruth Negga is a revelation as Tulip!

More information was released about the N. American School of Witchcraft & Wizardry, Ilvermorny and it’s founders. You can find the full story on Pottermore, and don’t forget to get sorted. I, myself, am a Ravenclaw and Horned Serpent.

Yes, please! Something to look forward to in early 2017! Neil Gaiman’s new book “Norse Mythology,” which will explore the nine Norse realms. I am so excited about this! See more here.

There’s a new blue in the world. Chemists at Oregon State University have found a brilliant blue pigment named YInMn after the elements it’s made of yttrium, indium, and manganese. The color is now making its way to market to be used in commercial properties. Unlike a lot of other pigments, YInMn is free of toxic ingredients, which have been a problem with other commercially sold paints.

Okay, so the nerdom overreacted. Credit to the power of Captain America and all his writers for making folks so emotional over the “twist.” As some hoped, there was an explanation. I will not discuss specifics here, but you can find more details here if you so wish.

No spoilers here, just in case you’ve been living under a rock. We have the 4th of July coming, so I highly recommend you go catch up on Thrones. Grab some pom poms, some tissues, a drink and a woobie because sh*t gets real. If you are not satisfied by this finale, just walk away. For those of you who did enjoy it, we will have to suffer together because we have to wait 9 long months to find out what happens next. 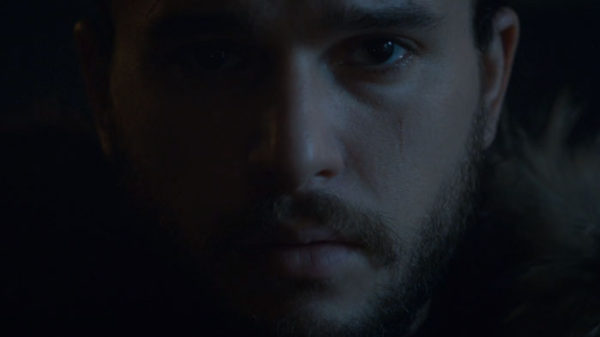 And on that note, we here at NC wish all of you a safe and Happy 4th (and to the nerds north of the 49th, a Happy Canada Day! Celebrate with your loved ones and “raise a glass to freedom!”