By Roni September 21, 2015 September 21, 2015 A Nerds Menagerie, Nerd Con, Nerd TV
We had  many a lovely nerd friend fortunate enough to attend the TIFF2015 Heroes Reborn World Premiere in Toronto last week! Here is one of our nerd loves, Leah, telling us about her experience. 😀

So I was lucky enough to go to the Tiff2015 Heroes Reborn World Premiere in Toronto last week.

I was a big fan of the original & when I found out that they were doing a mini series & that my favourite actor, Zachary Levi, was going to be in it I was really excited. A few of my friends that I have met through The Nerd Machine & mostly through the I Want My NerdHQ campaign were coming with me & that alone made the event, and trip, completely worth it for me.

I got to Toronto really early in the morning & after meeting up with my friends and getting some lunch we made our way to the theatre. Once we were able to start making our way in, two hours later, we got to get a view of some of the cast while they did their interviews. The theatre was very cool. We sat under a tree with lanterns…seriously! Tim Kring, the creator of Heroes, said a few words and then we got right into the first of the two episodes.

The opening 10 minutes are gripping and really pull you into the world the characters are now in. You got to see a couple old faces but the episodes focused more on introducing some of the new ones. I’m not going to get into too many details but it was pretty amazing. A lot of action & an interesting new way to show a character (I hope it works because it is a gamble). I found myself drawn to the Luke & Joanne (Zac & Judi Shekoni) storyline and HRG & Henry storyline the most. The pace of the episodes & the character colour pallet were really well done. Nothing felt rushed or drawn out, as some previous Heroes episodes have in the past. Overall I was left wanting more.

After the episodes the actors & Tim Kring came out on the stage – we made sure to give Zac a very loud welcome – and they took a few questions from the audience. I wish they had microphones for the audience members but thankfully the moderator would repeat the question. The majority of the questions concerned the wonderful ethnic diversity of the cast, future stories in the Heroes universe and NerdHQ. Wait…..yes some one asked Zac about having the cast at NerdHQ, clearly they need to check out this years wonderful panel, but Zac said he would drag them there & ply them with alcohol if needed for future NerdHQ event(s).

Basically, it was an amazing night spent with my wonderful friends that I do not get to see enough. If you have any interest in watching really smart television with some kick ass action then tune in Sept 24th at 8pm on NBC.

For more a detailed recap check out Shannon Fox’s (@shannonfox) recap on The Nerd Machine & make sure to check in every week when she will recap all the episodes! Yay Foxy!

Thank you to my amazing friends Roni, Jaime, Jenine & Rachel for doing the great job they do on their blog. Hopefully this made sense.

Aw, we love you Leah, and thanks for sharing your wonderful experience! We wish we would’ve been there and we can’t wait to watch the show!
~R 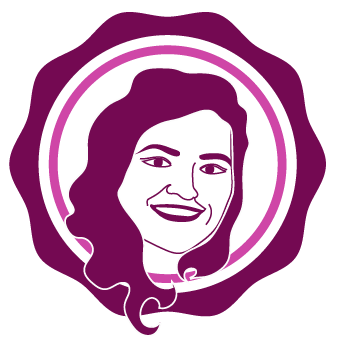