Previously on our Comicpalooza Overview, we shared our busy coverage schedule goals which included 7 panels.

We managed to cover them all and we wanted to share some highlights. A big shout out to Mike again for the awesome photos. You can follow him on Twitter @Mike78432.

Eliza was dynamic and friendly. We had never been to one of her panels, and it was nice to see someone so comfortable to share her opinions and stories. Here she is being adorable and sharing gummy bears with fans.

She began her panel with…

#elizadushko about #Houston: Not as many hats as I was expecting. ? #CpHou

The number one thing the auditorium took away from this panel was that the chemistry is still strong among this cast. It’s no surprise why this franchise is so iconic when you see them all together so many years later. 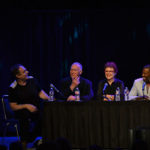 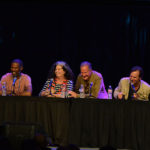 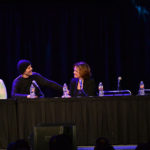 While I was supporting our buddies NerdFu at the podcasters panel, which was excellent by the way. Mike went to Kate’s panel. She is inhumanly lovely, it’s insane. Let’s just leave it at that. Take a look at one of our favorite moments from her panel in the reel below. 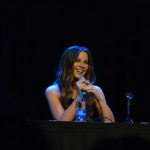 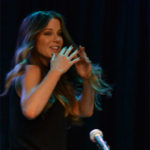 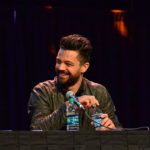 The remainder of our panel experience can be summed up as hilarity ensuing chaos!!

If you’ve ever seen a Rooker panel, you know you’re in for a treat. He’s not a standard panelist. He jumped off the stage and engaged with fans directly, and he joked with Ming Chen, his moderator, he called out fans when their questions were stupid. He was a blast!

So much random goodness happened during this panel. If you see his name at a future convention, go see him. 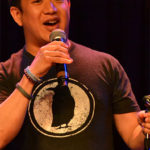 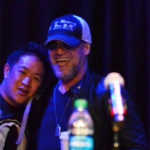 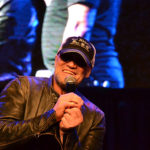 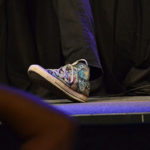 And last but not least…

Sean Patrick Flanery was hilarious! This was the most deliciously dirty and vulgar panel we attended, it was great. Their chemistry was on point after all these years. Sean made a point of saying this was the only movie where he made a point to save everyone’s numbers and stays in contact often.

#disclaimer for @BoondockSaints panel: Sean; get ready for lots of “fucking” profanity! #CpHou 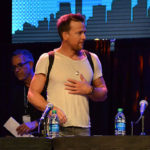 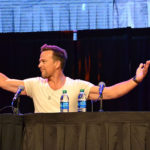 Thank you to Comicpalooza for so many awesome panels! It made the con special!