When you’ve been dedicated to a television show such as AMC’s The Walking Dead, you come to expect that characters will die. Occasionally those characters are people you’ve become very attached to, and sometimes you’re so in shock because you never thought they would have the guts to actually kill off that character. It shouldn’t be a surprise to anyone what happened on the mid-season 8 premiere. The showrunners have been quite open about it, but nonetheless if you are still clueless (even after reading the title of this article) I am inserting a SPOILER warning. Consider yourself warned.

My Tribute to Carl Grimes

When The Walking Dead premiered, Chandler Riggs and Carl Grimes respectively were quite young. At just a decade old, Carl experienced what it felt like to live in a zombie apocalypse. He thought his father, Rick, was dead. Once father and son were reunited they were practically inseparable. In an era that seemed hopeless, Rick had something to fight for.

As time went on Carl started maturing much faster than any boy should. When Rick’s group took over the prison Carl killed a boy, not much older than him who was trying to put his gun down. He killed him without giving it a second thought. The fact that it came so easy to such a young boy and he felt no remorse for it made Rick realize he needed to do better for his son. Carl didn’t understand it at the time but Rick taught him the most valuable lesson of all: Compassion.

By giving up fighting and killing, Rick was able to focus on being Carl’s father and teaching him to be the kind of man the world needed. Rick did a Hell of a job. Carl was a hero. When Alexandria needed a leader, Carl didn’t dwell on the fact that he was dying. What was most important to him was getting everyone out of Alexandria safely before the Saviors could overtake them. He had to make some very difficult decisions, and though the Alexandrians lost their houses, they survived.

Throughout the season we’ve seen glimpses of a future that could be and we all wondered if this was the jump in time from the comics or if this was some dream sequence of Rick’s. It turns out it was Carl’s dream of what the future could be like. Though it’s hard to imagine Rick’s group ever merging with the Saviors to become one happy community, picking tomatoes alongside Negan, this is what Carl wanted.

The first moment in this episode that really got me was the moment when Carl says good bye to his little sister Judith. He gives her the Sheriff hat that once belonged to his father. He told her it helped him and he knew it would help her. He told her that before their mother died, she told him he would beat this world, and although he didn’t she would. Right before the group (Minus Rick, Michonne, and Carl) leave to escape to the Hilltop, little Judith reaches for her brother and begins to cry. Even though she is so young, somehow she knew she wasn’t going to see her big brother again. This moment really got to me because it made me immediately think of my own two big brothers. 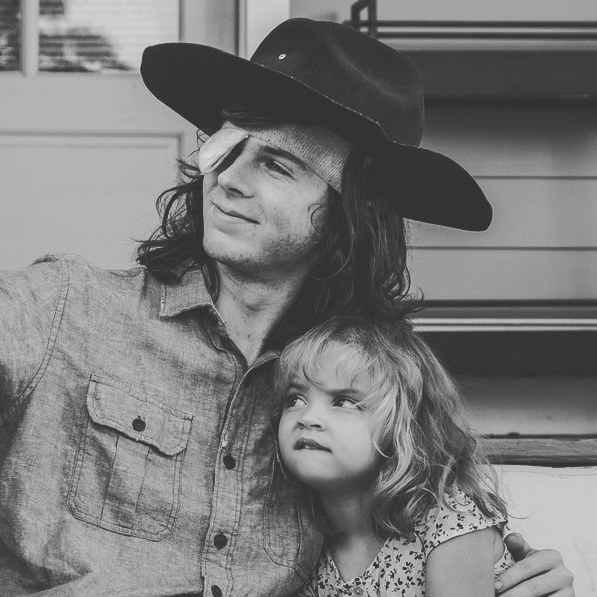 Though there should have been a lot more goodbyes, for time sake they were kept to a minimum. Michonne was the next heartfelt goodbye. When Carl told her she was his best friend, I lost it again. I thought back to that moment when they walked on the train tracks together. When Michonne still felt like an outcast among the rest of the group, she and Carl connected very early on. She went with him when all he wanted was to grab a framed picture of him and his parents. And let’s not forget the spray cheese.

Throughout the episode, Rick was mostly silent. It was as though he was trying to wake up from a bad dream, or holding onto hope that Carl would be okay. Rick and Michonne dragged Carl out of the sewer and to the nearby church. The end was approaching for Carl. If you can handle all the emotions, grab yourself some tissues and watch the heart-wrenching goodbye to Carl.

I honestly had no idea how emotional this episode was going to make me. A part of me was still holding onto that hope that maybe it wasn’t a real walker that bit him but perhaps the Whisperers from the comics. A part of me hoped that maybe Carl was immune to the virus and thus the hope for the future. But none of that was the case. Our young hero, Carl Grimes, pulled the trigger when his time was up. His death was not shown, much like that of his mother and I think this was a smart decision.

So now that Carl is gone, where does Rick go from here? Sure he has Judith and Michonne and his friends, but Carl was his heart and soul. Carl taught Rick as much as Rick taught Carl. Carl still had so much ahead of him in the comics, it makes you wonder if they did this purely for shock and surprise. Either way, I for one am sad to see Carl go. I do look forward to seeing what the future holds for Chandler Riggs. He still has a whole life ahead of him and he’s already accomplished so much.

Enough sad stuff! Here’s some comic relief and one of my favorites from Bad Lip Reading – Carl Poppa

What were your favorite Carl moments? 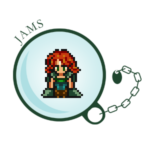