Last week we had the privilege of interviewing PJ Haarsma to get the inside-scoop on Con Man the Game (If you missed Nerds R Us with PJ, check it out here). I knew immediately that I would want to play this game based upon his description alone. I downloaded the game the morning it was released and I was not disappointed!

In Con Man the Game, you play as the con owner. Your con starts out very small and Karen (Felicia Day) helps you to learn the ropes. The tutorials make it very easy to learn how everything in the game works. Basically if you have ever played a Farmville type game, you should have no problem with this game. 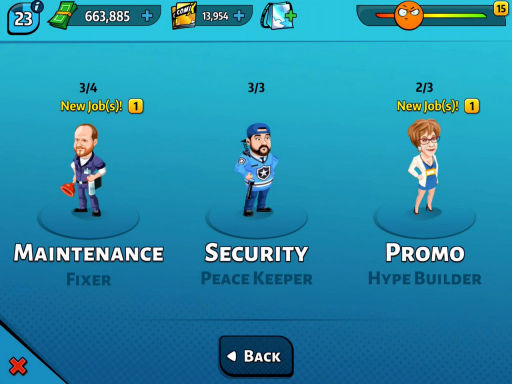 Con Man also has elements that remind me of The Sims in that you have to pay attention to the needs and happiness level of your con patrons. If they complain that there aren’t enough bathrooms, you need to build more bathrooms! If they are leaving to go get something to eat, you best be putting in some eatery for them! If you feel like you have enough bathrooms, put some more in! (#BathroomCon) 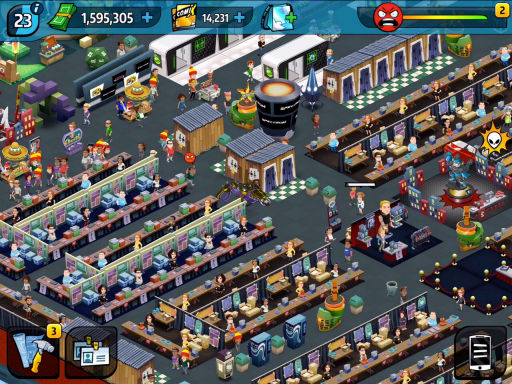 Another element to the game is the battle aspect. Periodically, your con will be invaded by aliens. You do not have to battle the aliens if you so choose, but they will cause some damage to your con which you will have to either repair quickly using Comix, or let it repair itself over time.

However, the battles are pretty fun and very easy. There are Superfans on the con floor which are players in cosplay. These Superfans will battle against the aliens to defend the con. The tutorial does a very good job of explaining how to get through the battles.

Check out my game play of Con Man below:

Very easy to learn how to play

Many references to geek culture and icons

Ability to record gameplay including video from front facing camera

There is not currently a PC version

I actually had a hard time coming up with any cons for this game, and even those I listed do not take away from my enjoyment of this game. If you want to know how addicting it is, I reached level 13 within the first day of playing it!

If you have not done so already, download Con Man the Game today!